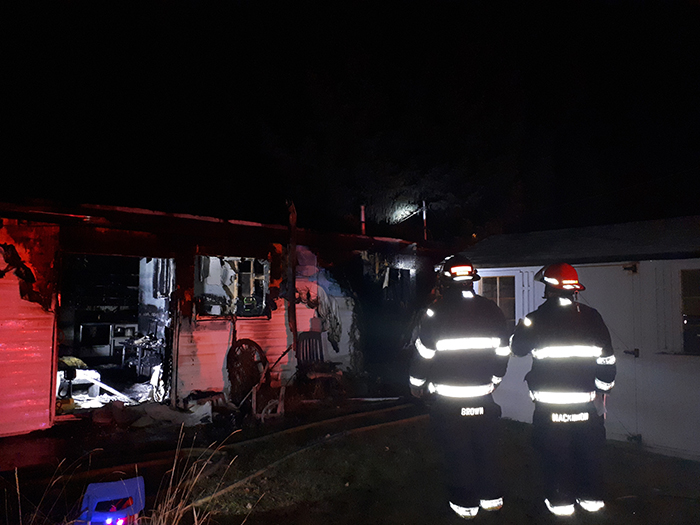 Cranbrook, BC (November 15, 2019) – Members with Cranbrook Fire & Emergency Services responded to initial reports of a structure fire on the 1600 block of 2nd Street North, across from Western Financial Place Thursday evening.

Two firefighters and two apparatus responded immediately around 7:30pm Thursday to find a residence that was significantly involved in a fire. The fire was burning in multiple parts of the home. Responders were able to confirm that there were no occupants in the home shortly after arrival. A request for additional staff was made and firefighters were able to contain the fire to the building of origin.

No occupants or firefighters were injured in the fire. The investigation into the cause will begin this morning.