The call arrived at 10:09am, with one engine and four firefighters arriving initially several minutes later.  Upon arrival, officials called in an additional 15 firefighters and a second engine to respond. 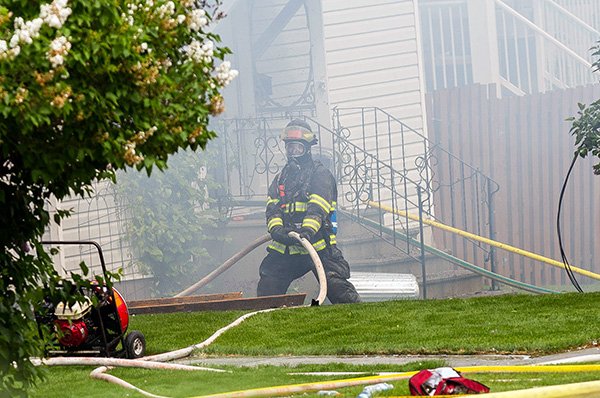 The fire spread to a neighbouring home which was also actioned by the fire department.  An additional three residences to the north of the fire were also evacuated as a precaution.

The home was occupied at the time. Quick actions by a neighbour alerted the occupant and they were able to get out safely. No injuries were reported.

Crews remain on scene Friday afternoon conducting the mop-up and watching for hot spots.  The investigation into the cause is underway.